Skip to content
Home>Stainless Steel Water Bottle Tumbler Drinkware Testing>How Much To Manufacture Custom Shape New Design Water Bottle: Why Does the Mold for the Lid Cost More Than the Cup?

How Much To Manufacture Custom Shape New Design Water Bottle: Why Does the Mold for the Lid Cost More Than the Cup?

Our customers, particularly those who are about to develop custom shape drinkware such as water bottle, drinking cup, tumbler, mug, lunch box, insulated bowl and stainless steel vessel, have asked us the question many times about why the mold of such plastic components as plastic lids and handles are quite costly, while the mold for producing the container part of the stainless steel cup is relatively cheap.

The manufacturing of the container part of the stainless steel cups relies on molds as well, and there are several main types as stamping mold tooling, stretching mold, calendaring mold and falling hammer dies. These molds have a simple structure and require quite harder materials.  Here we are going to introduce the structure of injection molding for lids and its cost, how to reduce its cost and the difference between injection molding of lids and the stamping die of the cup. 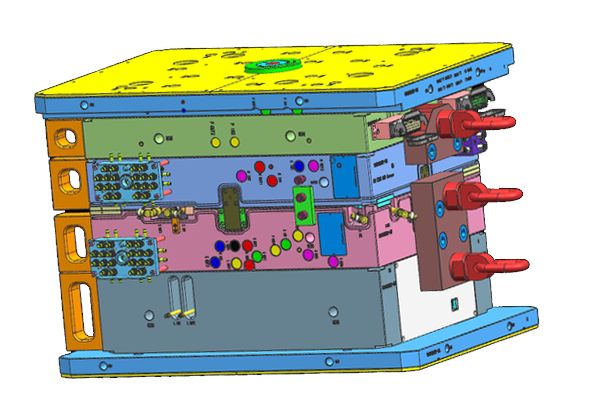 The Complex Structure of Injection Molding

The injection molding consists of seven systems: guidance system, supporting system, molding system, gating system, cooling system, ejection system and exhaust system.  All these systems together create a mold and it requires several steps to finish a molding cycle: first pour the plastic liquid through the nozzle of the injection molding machine to the inside of the molding chamber, and keep the screw unchanged with the same pressure for several seconds after the injection, next let the cooling system do its work and the last step is to wait for the ejection system to push out the condensed components which is already being shaped.

This system is mainly used to promote the   perfect collaboration between the two major parts-the male die and the cavity- and other components, aiming to make sure the precision of the shape and size of such plastic parts as bottle lids and handles and avoid the collision and interference between different parts inside the mold.

During the process when the mold is formed, the high pressure exerted on the plastic will cause the mold to change its form should the template is not hard enough. Thus the product will be made with a poor quality and display rough edges. Without increasing the thickness of the template, it is necessary to have a supporting component to improve the stiffness and hardness of the template helping overcome the deformation of it.

This system is designed to successfully eject  the finished and ideal products.

It is the route that the plastic particles travel in the mold starting from the process when they are being melted and ejected from the nozzle of the injection molding machine to the cavity. The principles of such design is to speed up the formation and shorten the forming cycle as well as ensuring the quality of such plastic components as plastic cup lids and handles.

The role of cooling channels:

5.1. To control the temperature of the mold and improve the quality of the product in the aspects of its sheen, residual stress, crystallinity and hot bending.

5.3. To cool down some massive slidable parts in an attempt to avoid them being stuck during operation.

In addition to the existing air in the cavity, there is still water vapor produced by the water on the plastic that evaporates under the injection temperature, the volatile organic compounds of the low molecule weight caused by the partial overheating of the plastic and gases released by the plastic additives (or chemical reaction) and the solidification of thermosetting polymer. The exhaust system is designed to remove the gas because it affects not only the molding of the plastic lids and handles but also the quality of them after demolding.

The cost of injection molding for water bottles & tumblers refers to the design, raw materials manufacturing and so on.

The design cost also includes the upfront cost of communication. The design process compromises the CAE analysis, the design of the molding structure and 2D drawings.

The cost of raw materials includes some steel, standardized parts, hot runner and mold base used to make the moving die to form.

The manufacturing cost consists of processing, polishing, pilot production and the match between some components such as the cavity and the core as well as the slider and the runner.

The design cost accounts for about 5% of the processing cost, the raw materials about 30%-40% and the manufacturing about 30%-45%. 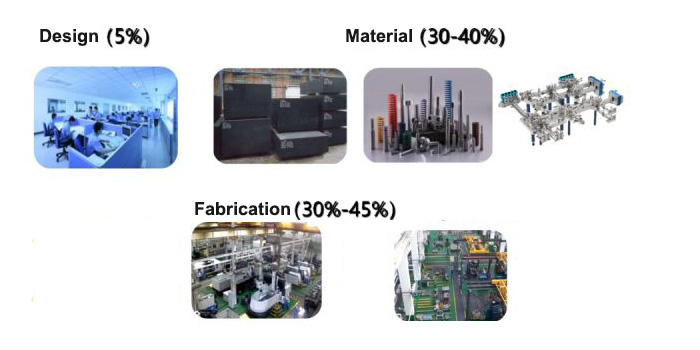 How to Reduce the Injection Molding Cost of the Cup Lids

Click and read more about insulated stainless steel bottle cup manufacturing cost: How Much Does It Cost To Manufacture A Stainless Steel Water Bottle?

As a technology-intensive production, the stamping die is an indispensable tool for producing the container part of the vacuum cup. There’s a direct link between the design and manufacturing of the stamping die and the quality, efficiency and production cost of the stainless steel cup. The level of mold designing and manufacturing skills is one of the most important standards to measure the capability of a cup manufacturer. The absence of a heating system and cooling system makes it cheaper to design and produce with a stamping die.

Injection molding, also known as injection forming, has been widely used in manufacturing water bottles. The lid, handle, silicone pad and seal ring are all made by injection molding. The structure of injection molding is relatively complicated and more expensive compared with its counterparts. 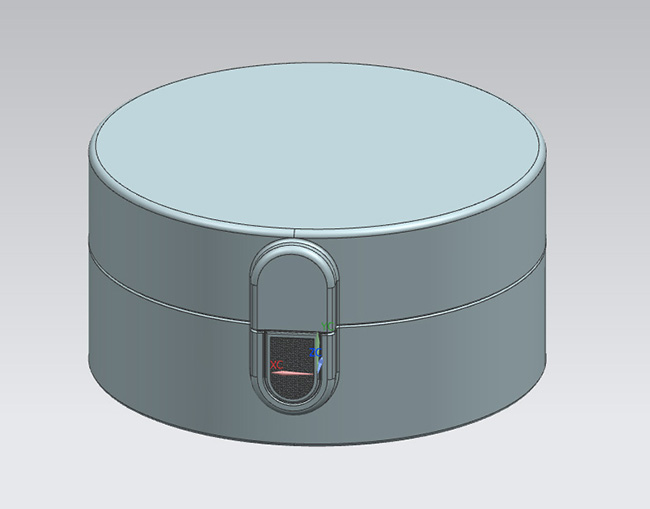 Our clients, whether they are buyers from big brands or large companies, or small startups, or crowdfunding projects on KickStarter, Indiegogo, GoFundme or CircleUp, all want to know the mold fee at the beginning of the unique design bottle tumbler project. However, to quote an accurate mold fee, we need to do these 3 steps first:

After the above three steps are completed, KingStar’s engineers can quote the exact pricing.

Overall, the mold fee for a bottle cap is about $5,000-$15,000. The specific injection mold price depends on the complexity of the cover, the number of parts, the mold life requirements, etc.