Skip to content
Home>FAQ>Why Are Titanium Cups So Popular?

Why Are Titanium Cups So Popular?

If you go to a tea shop or a coffee shop, you will find that there are not only many stainless steel cups, ceramic cups, but also some exquisite titanium cups in the store. In recent years, with the continuous development of modern technology, titanium metal is increasingly used. in people’s daily life.

Cups made of titanium metal are favored by high-end people because of their safety, non-toxicity, bacteriostatic effect, and anti-corrosion. They are the best choice for healthy drinking water and fashion gifts.

The History of Titanium

Titanium is a low-key and connotative category in the metal family. It took hundreds of years from its initial appearance to its wide application.

In 1791, British pastor Gregor encountered a kind of black sand that could be attracted by magnets by the parish creek. After analysis, he believed that the black sand might contain a new type of metal that has not yet been discovered.

It was not until 1910 that American chemist Hunter produced titanium metal with a purity of up to 99.9% by reducing titanium chloride (TiCl) with sodium for the first time.

In 1940, Luxembourg scientist Claure invented the magnesium reduction method to obtain sponge-like pure titanium. This method was put into use on a large scale in the United States in 1948, which opened a new era of industrial production of titanium metal.

Titanium metal has the advantages of high heat resistance, strong acid and alkali resistance, etc., and is widely used in the aerospace field, known as “space metal”.

Titanium metal has affinity to the human body and has been widely used in medical fields such as human bone reconstruction and surgery. “Titanium” is praised as “biophilic metal”.

Titanium also has very strong corrosion resistance and is often used in industrial production, ranging from tanks in the military industry to kitchen utensils, etc., all of which have titanium elements. 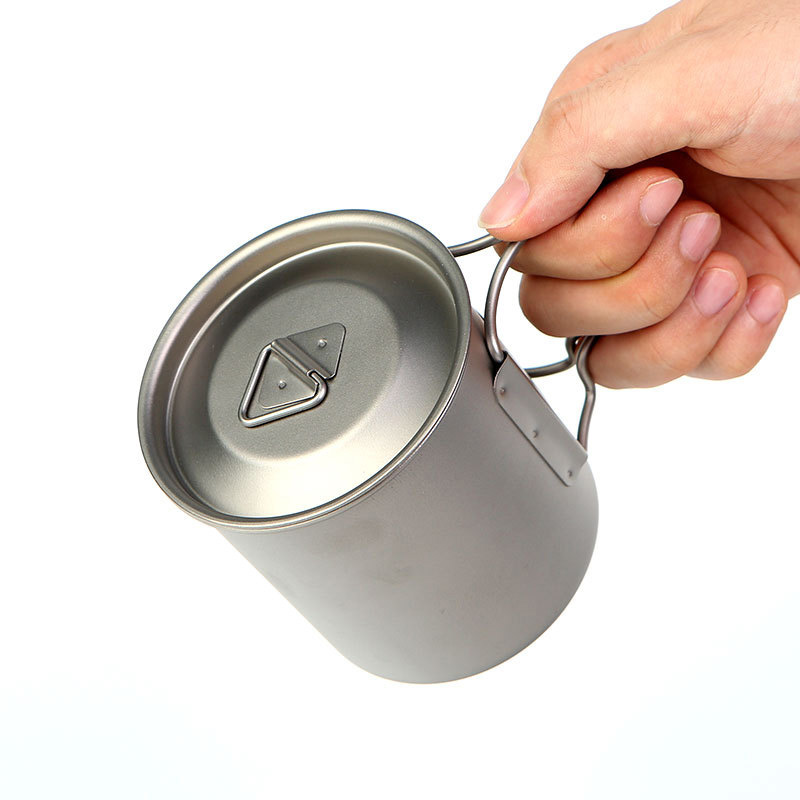 The affinity of titanium and oxygen is high, and a durable inert oxide film can be formed on the titanium tumbler / cup / bottle / flask surface to protect it from corrosion. The corrosion resistance of titanium cups is very high, which is more reassuring than stainless steel tea cups. The bulk titanium cups in the teahouse franchise store are not only beautiful in appearance, but also safe and healthy, and are very popular among tea lovers.

As an inert metal, titanium will not react with tea, milk, coffee, juice, etc. under 100 degrees, so you don’t have to worry about metal oxidation, and you can use it more safely. In addition, the anatase titanium oxide film on the surface of titanium metal can inhibit the growth of bacteria, which makes the titanium cup have good antibacterial properties. The titanium cup can be filled with juice, milk, tea soup, coffee, traditional Chinese medicine, milk tea, etc., with a certain degree of preservation. effect.

The color of titanium comes from itself, no need to paint, and the surface treatment technology is used to control the thickness of the oxide film on the titanium surface, so that the titanium cup presents different colors, which are naturally bright and colorful.

To enjoy a better life, start with healthy drinking water, KingStar Titanium Cup, carry a freshness and health with you, and cheer for your daily life!